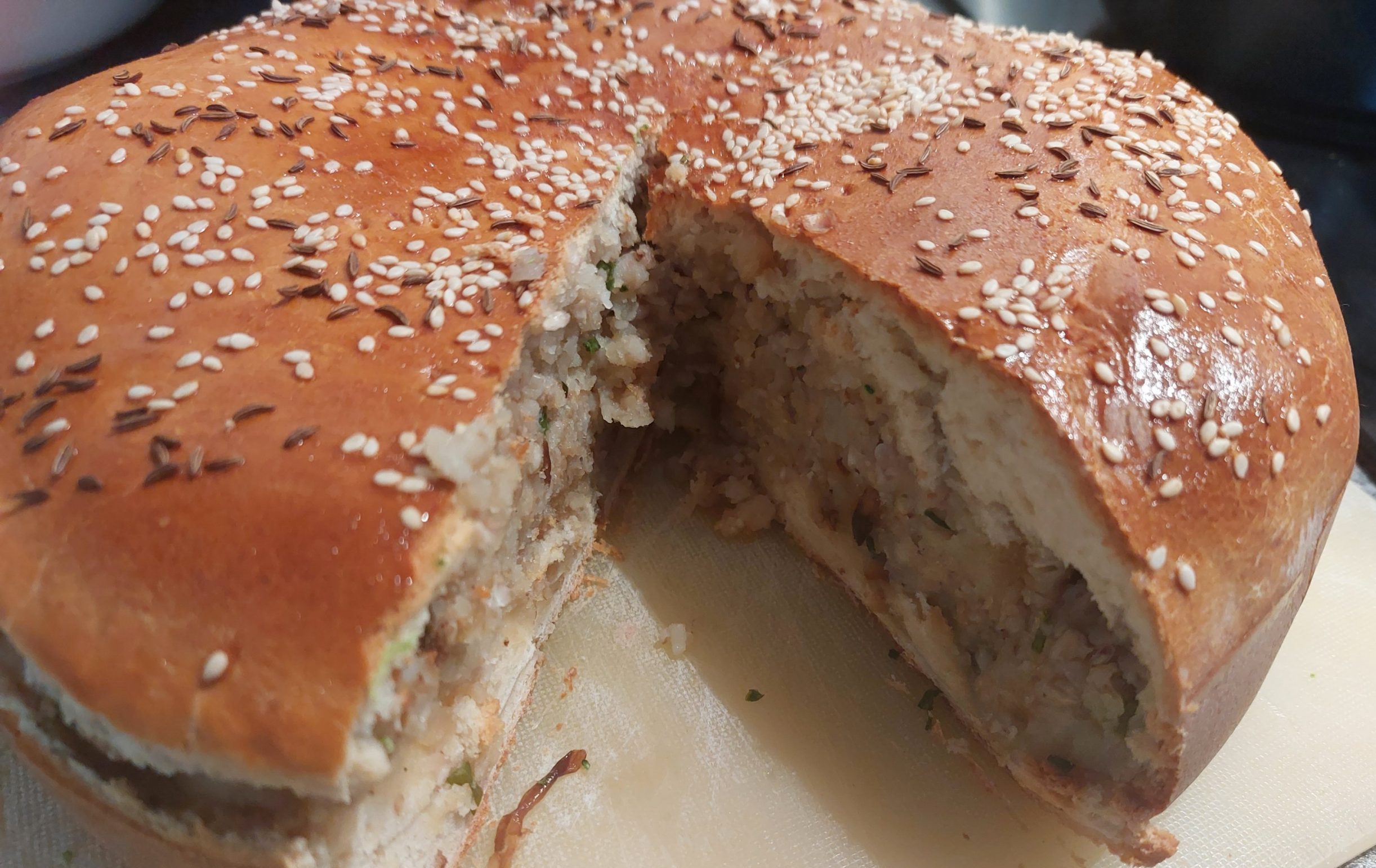 Like everyone else, my mind has been preoccupied with the war in Ukraine. Although I’ve never been to Ukraine, there is a considerable diaspora in Canada; I fell in love with Ukrainian cuisine including cabbage rolls and perogies while living in Saskatoon. To me, perogies are quintessential comfort food and they remind me of family, friends, and home. As such, I though what better way to celebrate Ukrainian identity in solidarity than to make a new recipe! Join me as I recount my attempt at making Ukrainian potato pie (Yavorivs’kiy Pie).

In addition to potato, the pie filling contains buckwheat, which I had never cooked before. It’s a traditional pie served during religious holidays from the western region of Ukraine. Spoiler alert: this pie is delicious! If you‘re looking to try a new recipe for Easter celebration I would encourage you to try it! The recipe I used is from Anna Voloshyna and full credit goes to Anna for the creation of this recipe. You can serve the Yavorivs’kiy with sour cream but I opted for gravy with broccoli. It was sort of like having a roast dinner with a pretzel Yorkshire pudding, but the buckwheat gives the pie a really interesting flavour! Moreover, the caraway seeds are optional but if you like rye bread then I’m sure you’ll love them on this pie. 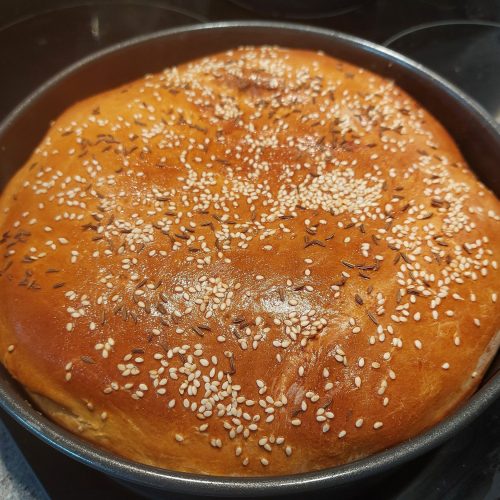 I hope you enjoyed reading about my experience making Ukrainian potato pie. If you end up trying this recipe or another Ukrainian recipe, let me know! For those who are able, I encourage you to donate to the humanitarian effort for Ukraine. In fact, for every comment or like I get on this post until the end of March I’ll donate an additional £1.