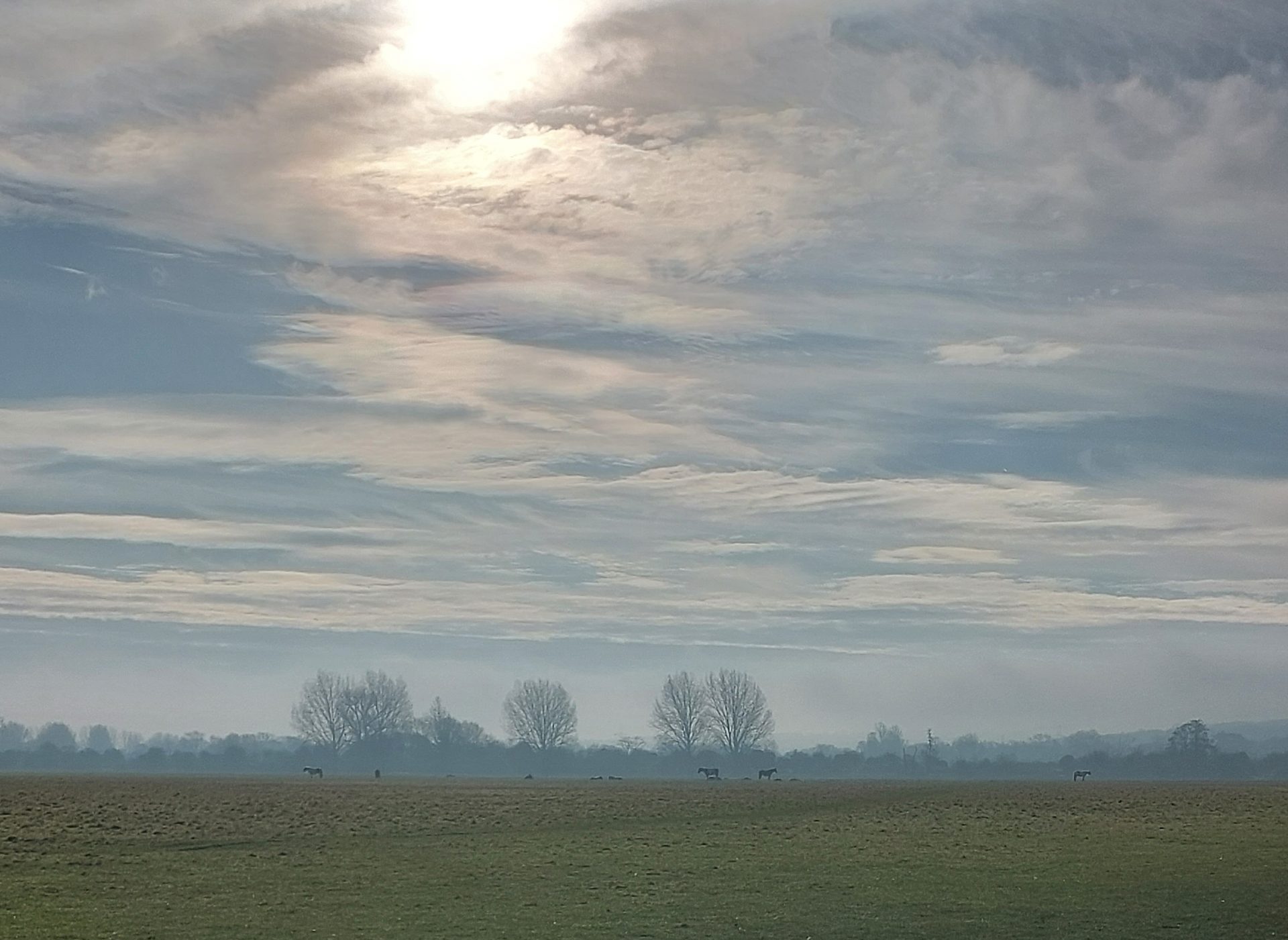 Last Sunday was exciting because I was finally allowed to stop self-isolating. I haven’t had the energy to venture out anyways, but by the weekend I was getting cabin fever and desperately wanted to go for a walk. Sunday was a gorgeous sunny morning and we headed for a winter walk at Port Meadow in Oxford. Here are some highlights of my freedom walk!

Port Meadow is a large area of natural beauty in Oxford. It is grazing fields as well as paths, and the River Thames flowing through it is popular with canal boats, rowers, and pole fishing. It’s also THE place to be for all the local dogs. Wilbur absolutely loves running around with the “big dogs”. He does his best to keep up and it’s very comical watching him trotting after sprinting spaniels. With the River Thames meandering through, Port Meadow is a large open flood plain, which is home to cattle, horses, and many bird species. It’s listed as a Site of Special Scientific Interest, and a conservation area. Sometimes dubbed “Oxford’s oldest monument”, Port Meadow hasn’t changed much since prehistoric times. For example, there are Bronze Age burial sites, it was an Iron Age grazing pasture, and the Freemen of Oxford have been permitted to graze their animals free of charge since the 10th Century, as is recorded in the Domesday Book. Furthermore, it was a Royalist stronghold in the 17th Century Civil War, and was used for horse racing in the 18th Century. Godstow Abbey Ruins (built in 1133) can be found on the river shore. It was also used as an airfield and training ground in the First World War.

Port Meadow is undoubtedly a beautiful place to walk and do other leisure activities. However, it’s also a very important area in the county for biodiversity conservation. Because it has been protected as a grazing commons for so long, unique flora have been able to thrive in Port Meadow. There are, for instance, buttercups, yarrow, clover, and a rare creeping marsh-wort. The flood plains are attractive to migratory birds such as Canada Geese, as well as Gulls, Terns, and song birds.

Moreover, recently there has been a petition to give the Thames in Port Meadow Designated Bathing Water Status. It’s a popular location for wild swimming, but has been highly polluted and contaminated with E-Coli due to unauthorized sewage dumping. Poor Wilbur ended up being very poorly in the summer after he drank from the river!

If you’re ever visiting Oxford, Port Meadow is definitely worth a visit!